This Is What Highly Conscious People Talk About

Home 2016 March This Is What Highly Conscious People Talk About

A place to discuss Quantum Science and Spiritual Enlightenment

On In5D, we published an article entitled, “Moving Into 5D, Hidden In Plain Sight,”where Hollywood hid an inspiring message in plain sight regarding humanity moving to its next stage of spiritual evolution. While some may simply call this science fiction, others see how Hollywood lays out events that are about to happen, masking them in under the guise of entertainment and debunking the possibilities of these events coming to fruition as the overactive imagination(s) of the viewer(s).

The following is an excerpt from the movie, My Dinner with André

where once again, an important message is hidden in plain sight.  Pay close attention to the part where Andre talks about the pockets of light appearing all around the world because this is happening right now as each person awakens.

And as each person awakens, it changes the outcome of probable timelines in parallel universes and alternate realities.  Right now, we are playing out the greatest probability of all possible scenarios in this particular reality, but as more people awaken and change their views on how they see reality, the reality changes with it.

If you’re looking for proof, look no further than events that haven’t happened such as Edgar Cayce’s prediction of Armageddon in 1999, the New World Order coming to fruition by 2000, and the failure of the North American Union to become a reality.

Negative timeline events are fading away quickly, as the ruling elite are very well aware of this.  This is why they are ramping up tensions all around the world in a last ditch effort to cultivate as much fear as possible, because through fear, they can control the masses.

WALLY: Well, why…why do you think that is? I mean, why is that? I mean, is it just because people are lazy today? Or they’re bored? I mean, are we just like bored, spoiled children who’ve just been lying in the bathtub all day just playing with their plastic duck and now they’re just thinking: “Well! what can I do?” [Cough in the background.]

ANDRE: Okay! Yes! We’re bored! We’re all bored now! But has it ever occurred to you, Wally, that the process that creates this boredom that we see in the world now may very well be a self-perpetuating, unconscious form of brain-washing, created by a world totalitarian government based on money? And that all of this is much more dangerous than one thinks? And it’s not just a question of individual survival, Wally, but that somebody who’s bored is asleep, and somebody who’s asleep will not say “no”? See, I keep meeting these people, I mean, uh, just a few days ago I met this man whom I greatly admire, he’s a Swedish physicist, Gustav Björnstrand? And he told me that he no longer watches television, he doesn’t read newspapers and he doesn’t read magazines. He’s completely cut them out of his life, because he really does feel that we’re living in some kind of Orwellian nightmare now, and that everything that you hear now contributes to turning you into a robot!

And when I was at Findhorn, I met this extraordinary English tree expert, who had devoted his life to saving trees. He just got back from Washington, lobbying to save the redwoods? He’s eighty-four years old and he always travels with a back-pack ’cause he never knows where he’s gonna be tomorrow! And when I met him at Findhorn he said to me: “Where are you from?” And I said: “New York.” He said: “Ah, New York! Yes, that’s a very interesting place. Do you know a lot of New Yorkers who keep talking about the fact that they want to leave but never do?” And I said: “Oh, yes!” And he said: “Why do you think they don’t leave?” I gave him different banal theories. He said: “Oh, I don’t think it’s that way at all.” He said: “I think that New York is the new model for the new concentration camp, where the camp has been built by the inmates themselves, and the inmates are the guards, and they have this pride in this thing they’ve built, they’ve built their own prison. And so they exist in a state of schizophrenia, where they are both guards and prisoners. And as a result they no longer have, having been lobotomized, the capacity to leave the prison they’ve made, or to even see it as a prison. And then he went into his pocket and he took out a seed for a tree, and he said: “This is a pine tree.” He put it in my hand and he said: “Escape, before it’s too late.”

You see, actually, for two or three years now Chiquita and I have had this very unpleasant feeling that we really should get out. No, we really should feel like Jews in Germany in the late thirties? Get out of here! Of course, the problem is where to go, ’cause it seems quite obvious that the whole world is going in the same direction. You see, I think it’s quite possible that the nineteen-sixties represented the last burst of the human being before he was extinguished. And that this is the beginning of the rest of the future now, and that from now on there’ll simply be all these robots walking around, feeling nothing, thinking nothing. And there’ll be nobody left almost to remind them that there once was a species called a human being, with feelings and thoughts. And that history and memory are right now being erased, and soon nobody will really remember that life existed on the planet!

Now, of course, Björnstrand feels that there’s really almost no hope. And that we’re probably going back to a very savage, lawless, terrifying period. Findhorn people see it a little differently. They’re feeling that there’ll be these “pockets of light” springing up in different parts of the world, and that these will be in a way invisible planets on this planet, and that as we, or the world, grow colder, we can take invisible space journeys to these different planets, refuel for what it is we need to do on the planet itself, and come back. And it’s their feeling that there have to be centers, now, where people can come and reconstruct a new future for the world. And when I was talking to Gustav Björnstrand, he was saying that actually, these centers are growing up everywhere now! And that what they’re trying to do, which is what Findhorn was trying to do, and in a way what I was trying to do…I mean, these things can’t be given names, but in a way, these are all attempts at creating a new kind of school, or a new kind of monastery. And Björnstrand talks about the concept of reserves, islands of safety, where history can be remembered, and the human being can continue to function in order to maintain the species through a dark age.

In other words we’re talking about an underground, which did exist in a different way during the Dark Ages among the mystical orders of the Church. And the purpose of this underground is to find out how to preserve the light, life, the culture. How to keep things living. You see, I keep thinking that what we need is a new language, a language of the heart, languages in the Polish forest where language wasn’t needed. Some kind of language between people that is a new kind of poetry, that’s the poetry of the dancing bee that tells us where the honey is. And I think that in order to create that language, you’re going to have to learn how you can go through a looking glass into another kind of perception, where you have that sense of being united to all things. And suddenly, you understand everything. 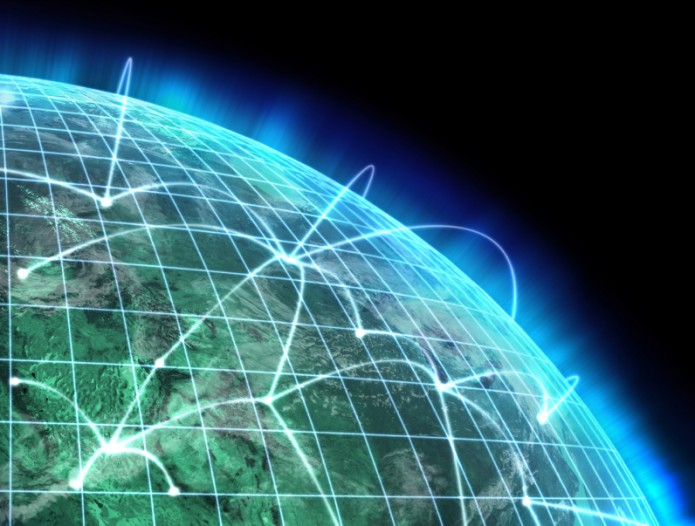 For some people, activism is the best way to achieve results because through activism, we see direct results.  For others, holding the energy and vibration of love is playing a large role as we are all beacons of light connected to one another through the planetary grid system.  Many people, such as myself, will do both.

Regardless of what your choice is, do it in the vibration of love and continue to work on eliminating as much fear as possible.  The best way to do that is to not watch TV or read anything that is published by the mainstream media.  Connect and ground yourself with nature, even if it’s looking at pictures of nature.  Express gratitude and forgive those who have hurt you.

We can literally change the world overnight into something amazing!

Leave a reply Click here to cancel the reply

Search the site for anything!

I'd love to hear from you.